Be fair. They said.

Don’t just stand there and stare. They said.

Take a flight of stairs. I understood.

Reach another storey. They said.

Or maybe make a new story. I added.

Be a fowl is better than to foul. They said.

A fool would be fine. I guess.

I wonder what is it like to be a bird. To be able to see the horizon as much as I want. To soar the sky. To be able to travel across the continent anytime.

“Don’t eat grasshoppers or you will choke yourself to die, Peter. I’m sure you don’t want to end up like your Uncle Ben.” Mom caught me staring at a grasshopper.

“Don’t play in the mud because we have to fly in a couple of hours.” I said it as mom opened her mouth, I remembered all the protocol she told me since I was an egg.

“I’m not an egg anymore, mom. I know what we need to do.” Dad arrived at our nest as I completed my sentence. “Hi, Dad.”

“Look at our son, he likes you more. What’s your secret, wormy?” Both of them smiled when they saw each other.

“I’m a good storyteller, I guess?” He winked at me as he mentioned it.

I’m lucky to have them. They train me how to migrate and how to avoid predators. Their approaches are so different though. Mom usually gives me a direct warning. Dad told me a legend such as “Icarus”, a human who able to fly but ended up burning his wing. He also told me a myth such as “Chicken Little”, a chicken who learn to fly with soda. I don’t know whether it’s true or not but I understood the message.

Anyway, sometimes I wonder what is it like to be a human. To be able to live in one place for a long time. To be able to move across the continent by sitting. To live a longer life.

Well, what are you waiting for? Come.

Ummm… You’re bad for me.

WHAT DO YOU MEAN?

I’m okay being lonely once in a while.

Don’t you want to be up-to-date?

Don’t you want to be connected?

Don’t you want to be HAPPY?!

What are you waiting for?

Well, you see. I’ll be too attached to you if I keep going back to you. You’re not a silver bullet.

Are you not afraid of missing out?

Heck, I was really afraid of being left out.
.
.
.
Although, it’s better now. Begone. I want to finish the old book that I haven’t read three months ago.

Let the book go. She already served the purpose of bringing you joy when you’re buying her.

I fully agree with you on the purpose of bringing me joy but I want to understand how she writes. Goodbye.

I am. You’re the one who is called “smart”-phone, isn’t that right?

You’ll gain much more information through me.

Yeah and that’s the problem. When it will be enough? I bet your algorithm let you know what I might be interested in but not what’s better for me. Now, excuse me. I need some private time for myself.

“Dad, I’m sorry.” Carl sat across his father, looked down to the table.

“Do you fight in school?” Eric moved his gaze away from his laptop. He’s staring at his child.

“I thought you lose in a fight.” Eric chuckled.

“Do you want me to fight?” Carl wasn’t expecting this response.

“I failed algebra III.” Eric didn’t flinch or give any expression.
“I mean I barely passed the course.” Carl looked at his dad trying to study him. None can be seen in his face. Eric didn’t ignore Carl, but Eric surprised that his son feeling sorry for getting a “barely pass” score.

“Congratulations.” That’s the only word that Eric can come up with.

“Dad, are you being sarcastic?”

“I would love to but not now.” Eric was proud of his son’s responsibility but he thought that he needs to address this result in a good manner.

“You’ve done your best and I knew how serious you are studying for the course itself. You enjoyed it. That’s good. Anyhow, I don’t expect you to be a mathematician.” Carl felt warm hearing that response.

“Heck, some mathematician that I knew even got a worse score in the past compared to you.” He paused and let it sink first.

“I’m proud of your math and your art.” Eric thought that it’s the right moment to clarify that art and math sat on the same level in his perspective. He raised his mug that being made by Carl a couple years ago.

Carl just realised most of his craft fill in the dining room. The wooden clock. The mug. The vase. Even plates, forks, and spoons. And the round wooden table. “I thought you use it because I’m your son.” Carl wondered.

“That’s partially true and your craft is wonderful.”
“Some of them was not perfect but they still serve their purpose.”
“We don’t need to buy stuff.” Carl almost touched before listening to his dad’s last sentence.

“Why should I?! Math is important but you passed it. You’ve done your best. A test is just a test. I knew I worked as an engineer for a quite long time and maybe you heard me bragging about your math. You don’t have to continue my path. I also bragged your craft anyway. You inherit my skill and mom’s skill.” Eric suddenly stopped his sentence remembering something.

“I even failed my geometry once.” He leaned back and laughed.

Let me prove it to you. Eric told Carl to wait while he’s searching for his old rapport.

“Are you okay then if I don’t want to go to college?” Carl screamed hoping to reach his dad.

“Sure. But you have to convince me that you have a prepared roadmap.” He answered with his old rapport in his hand.

My house is shaking. Is it just me? No, the water is swaying so it’s not me. The building is not supposed to do that. Something’s not right.

I looked out through the window. There’s nothing on the road. No tree has fallen. I wonder what was that. END_OF_DOCUMENT_TOKEN_TO_BE_REPLACED

Stranded and strangled
Cornered and buried
Dark and cold
Does anyone that I’m here?

Stuck.
Days? Weeks? Months? I don’t have any idea.
We were used to be together before.
It was good moments.

“Mom, how do we know mistake is a mistake?” Phil hugs me when I just come home.

“Hmmm… A mistake is when something is wrong.” He frowns and thinks.

“Then how do we know which is right and which is wrong?” He looks really not satisfied with my answer before.

“No, we don’t know for sure. There is laws made by our government, rules to be obeyed in the school and other kind of order. … In the end, we feel it.”

Let’s see how could I explain to my 10 years old son.

“Is killing a person is a good or bad action?” Let’s try with an example.

“Because you told me so.”

“Would you kill James if I told you so?” Let’s try to make it more personal.

“Of course not, he’s my best friend.”

“Imagine that every person has best buddy so if we kill them, then their friend would be sad too.”

“Oh okay. I understand it now. It could lead their best friend to kill us too, right?”

“I broke the vase before you came home, is it a mistake?”

“Vase is not meant to be broken, but don’t worry we can fix it, right?”

Phil shakes his head. “You told me to not hurt ourselves so I seal the area with a tape.” He added.

“Then let’s have a puzzle time. Grab a glue and I will gather the broken pieces.” His face is alive again. 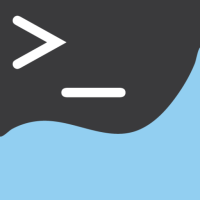 All about cycling in the Netherlands

Tips and tricks on programming, evolutionary algorithms, and doing research

Ongoingboy
A Joy of Solitude

How to write a PhD in a hundred steps (or more)

A workingmumscholar's journey through her PhD and beyond

The musings of a Londoner, now living in Norfolk

Philosophy, One Thousand Words at a Time

Writer vs the World

In search of beauty, inspired by literature.

OngoingBoy
Create a free website or blog at WordPress.com.